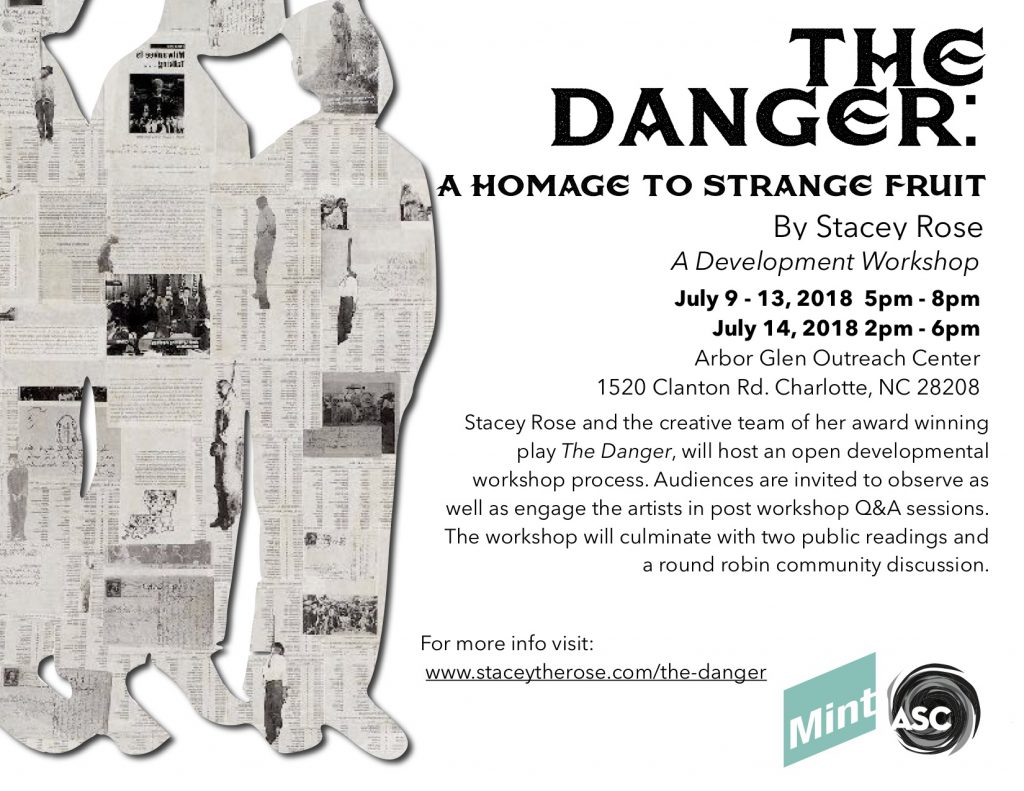 19 Theatremakers from U.S., Middle East & North Africa Assemble for Customized Support & Development NEW YORK, NY — Sundance Institute announces the slate of theatremakers from the U.S. and Middle East / North Africa who will convene at the Theatre Program’s second annual Theatre Lab in Morocco next month. The Lab, which will take place from May 6 – 27 at the Fellah Hotel outside Marrakech, comprises three uninterrupted weeks of consultation, mentorship and workshop performance of new work for the stage. The Theatre Lab alternates locations each season, moving between the Sundance Resort in Utah, and a venue in the Middle East/North African region, as part of a multi-year commitment to international work and a means of facilitating cultural exchange between artists. Led by Sundance Institute Theatre Program DirectorPhilip Himberg and Producing Director Christopher Hibma, teams of creative advisors, actors and dramaturgs will collaborate with writers and directors, independent from commercial or public pressures, as they develop their projects.“At our Labs, we’ve seen the power of cooperative practice across cultures and borders, time and again,” said Himberg. “Creating a focused and well-resourced environment that nurtures talent and relationships as new work evolves is especially key in the current global climate: meaningful engagement between artist communities strengthens all participants, as well as their respective cultures of origin.”The Theatre Program’s international activity supports mentorship and cross-cultural exchange, focused on artists working primarily in all dialects of Arabic, in tandem with new work from the U.S. The Program develops artists through a series of peer-to-peer exposure and exchange activities within Arabic-speaking countries, among MENA artistic diaspora in Europe, and in the larger context of U.S.-focused Labs. The Institute hosts Labs around the world each year for independent artists in theatre, film, new media and episodic content.The 2018 Theatre Lab Fellows and their projects are: C.A. Johnson(playwright) and Kate Whoriskey (director), All the Natalie Portmans;Stacey Rose (playwright) and Logan Vaughn (director), America v. 2.1: The Sad Demise & Eventual Extinction of the American Negro; A. Rey Pamatmat (playwright) and Lisa Peterson (director), Blood in Your Blood; Kamal Khalladi (playwright) and Latefa Ahrrare (director) , Casablanca; Intissar Chaabani (playwright/performer) and Racha Baroud (director), Diary of a Chimera; Ali Chahrour (conciever and choreographer), Night (working title); Hani Sami (playwright/director) and Sherif Samy (art director), The Rabbits; Martyna Majok(playwright) and director TBA, Sanctuary City; and Narcissister(playwright) and Branden Jacobs-Jenkins (co-playwright), Untitled Narcissister Project. Artists-in-residence at the Lab will be Asiimwe Deborah Kawe (playwright/producer) and Bashar Markus(playwright/director). More information about the Fellows and their projects appears below.This news release is also available in French (click here) and Arabic (click here).

All the Natalie Portmans
by C.A. Johnson
directed by Kate Whoriskey

Keyonna and her older brother Samuel are much more than siblings; they’re best friends. So when they suddenly find themselves on the brink of eviction, this brother/sister pair harness everything, from their fleeting trust in an alcoholic mother to an imagined friendship with a certain Hollywood starlet, in their endless pursuit of happiness at the poverty line.

C.A. Johnson’s plays include Thirst, The Climb, An American Feast, All the Natalie Portmans, Mother Tongue and Elroy Learn His Name. Her work has been developed with The Lark, SPACE on Ryder Farm, the Playwrights Center, the Dramatists Guild and The Civilians. She is the 2018 P73 Playwriting Fellow.

Kate Whoriskey directed Sweat and Ruined, two Pulitzer Prize winning plays written by Lynn Nottage. Her work has been seen at Broadway’s Circle in the Square, The Public, Playwrights Horizons, MTC, The Vineyard, Theatre for a New Audience among others. Internationally, her work has been seen in Paris, São Paulo and Sydney.

America v. 2.1: The Sad Demise & Eventual Extinction of the American Negro is a day in the life of a troupe of historical re-enactors charged with telling the tragic story of what was once the American Negro, a woeful race once featured prominently in the American landscape, but whose time has been extinguished at his own foolish hand. The troupe find themselves at odds with the state of their own existences while being painfully oblivious to the parallels and intersections their lives draw to that of the very Negroes whose story they are bound to tell. As this oblivion fades and they are faced with their stark reality, this day in the life of actors, becomes a day of reckoning.

Stacey Rose hails from Elizabeth, NJ and Charlotte, NC respectively. She holds an M.F.A in Dramatic Writing from NYU. Her work has been presented at The Fire This Time, The Bushwick Starr and Rattlestick Playwrights Theater. She was a 2015-16 Dramatists Guild Fellow and is a 2017-18 Playwrights’ Center Many Voices Fellow.

Logan Vaughn is a New York based artist and director. In 2008, Logan was awarded the Goodman Theatre’s prestigious Joyce Arts Fellowship in casting and subsequently worked as an Associate in the casting department for five seasons. Logan was Playwrights Horizons’ Director in Residence 2012-2013. In 2012, Logan was also named a Member of the Directors Lab, Lincoln Center. As a Director, she has worked with Geva Theatre, Playwrights Realm, Baltimore Center Stage, Mosaic Theatre, 59E59, National Black Theatre and NYU Tisch School of the Arts. Logan most recently directed the World Premiere of Mat Smart’sThe Agitators at Geva Theatre.

Blood in Your Blood
by A. Rey Pamatmat
directed by Lisa Peterson

Star-crossed lovers, fractured time, and a lusty troll are all connected to the violent, buried history of Cora’s family. In her quest to find out how, Cora discovers an enchanted tree that might have the answers tangled up in its roots. But once she digs up the past, what will she do with it?

A. Rey Pamatmat’s plays include Edith Can Shoot Things and Hit Them(Actors Theatre of Louisville), after all the terrible things I do(Milwaukee Rep), House Rules (Ma-Yi) and Thunder Above, Deeps Below (Second Generation). He co-directs the Ma-Yi Writers Lab and was a PoNY, Hodder and Princess Grace Fellow.

Angels don’t fly over Casablanca anymore. Casablanca is not a city of love anymore. It offers its inhabitants only frustration and despair. This play mixes humor and tragedy to tell the story of defeated, broken, and fragile characters, hysterically rushing toward their own ends.Casablanca is a story of sex, money and power, the trinity that destroys people and makes them destroy each other.

Kamal Khalladi is a Moroccan Award-winner playwright. He’s an alumni of PEN World Voices, as well as of the The Royal Court Theatre’s international program. His play Damage was presented in London, Beirut, NYC and Morocco; and his solo pieces, Visa and Salmon Meal, were published in Arabic and English. In 2017, Kamal was a Fellow at the Sundance Institute Playwrights & Composers Retreat at Ucross Foundation.

Latefa Ahrrare is a Moroccan actress and theatre director. She is also the director of Cont’N’Art, a multidisciplinary performance venue. Letfa has received many awards in local and in international festivals for her outstanding career in theatre, TV, and cinema. She is also a cultural activist and a founding member of many NGOs, working on promoting the culture of human rights and freedom in Morocco.

Diary of a Chimera is the story of the impossible mourning of a woman who discovers a family secret forcing her to revisit her life and the shadows in her relationship to the father, men, her own body, and to life. This journey leads to the abolishment of any rational notion of space and time.

Intissar Chaabani taught Arabic and French in Tunisia before moving to Paris, where she studied philosophy and psychology, and worked in socio-professional integration. Since 2008, she’s been working as a real estate agent. Intissar writes lyrics and poems, and has been doing theater since 1979.

Racha Baroud is a Lebanese director, actor, and performer. After her M.A. in Theatre Studies, she directed her first in-site performanceToday was my birthday (A Musical Tribute to Tadeusz Kantor); she also performed in several plays and short films, in addition to regular training in voice and body performance with world artists. Her personal work is mainly focuses on memory, sacred, death and sound.

Night tackles the poetry, aesthetics, and violence of Love as a concept, and the transformation of its expression from the pre-Islamic age of Jahiliyyah through Islam up through our contemporary societies. Nightfocuses on stories of transgression of the borders of religion, race, and gender; and it seeks to question the intimacy of this feeling within the context of hatred. In this performance, bodies strive to create new beginnings, only to find themselves unable to reach peaceful endings.

Influenced by contemporary European dance techniques, Ali Chahrourstudies the movement in its relation to societies’ memory and local contexts and identities. His work also relies on the Islamic and Shiite religious rituals and practices, especially in his recent trilogy: Fatmeh,Leila’s Death, and May He Rise and Smell the Fragrance. Ali is a graduate of the Theatre Department at The Lebanese University. Ali was a Fellow at the 2017 Sundance Institute | LUMA Foundation Theatre Directors Retreat.

The Rabbits is a psychedelic journey through the unconscious of both Hamdy, its main character, and Cairo, its playground. In it, Hamdy ventures into his utmost fears and faces his personal demons when he finally decides to take action in his life and follow his desire.

Hani Sami is a film and theatre maker based in Cairo. He holds a B.A. in Theatre from the American University in Cairo, and a M.A. in Film Directing from the University of Jean-Jaurès in Toulouse. In his work, Hani is always experimenting with mixing different artistic media to create new hybrid forms of storytelling.

Sherif Samy is a Cairo-based visual artist and creative director. He holds a B.A. in fine arts from Helwan University in Cairo. His works blur the boundaries between traditional painting and digital art. With his passion for storytelling, Sherif started to introduce new flavours to his artworks using different types of visual tools.

A Cubist play about love(rs) and Dreamers, set in pre-DACA America.

Performance and visual artist Narcissister develops an evening length spectacle about families, bodies, sex, anonymity and rupture in collaboration with playwright Branden Jacobs-Jenkins. This project is a commission of Soho Rep.

Narcissister is a Brooklyn-based artist and performer. Masked and merkin-ed, she works at the intersection of dance, art and activism in a range of media including film, video art and experimental music. She has presented work worldwide at festivals, nightclubs, museums and galleries. She won “Best Use of a Sex Toy” at The Good Vibrations Erotic Film Festival, a Bessie Award nomination for the theatrical performance of Organ Player, Creative Capital and United States Artists Awards, and interested in troubling the popular entertainment and experimental art divide, she appeared on America’s Got Talent. She is a 2017 Sundance Film Festival alumna.

Branden Jacobs-Jenkins’ plays include Everybody (Signature Theater),Neighbors (Public Theater), An Octoroon (Soho Rep, OBIE Award for Best New Play), Appropriate (Signature Theater, OBIE Award for Best New Play), and Gloria (Vineyard Theater, Pulitzer Prize finalist). He is a Residency Five playwright-in-residence at the Signature Theatre and the recipient of a 2016 MacArthur fellowship, the Windham-Campbell Prize for Drama, and the inaugural Sundance Institute Tennessee Williams Award. He is a graduate of the Lila Acheson Wallace American Playwrights Program at the Juilliard School, holds an MA in Performance Studies from NYU, and is an associate director of the Playwriting MFA program of Hunter College, City University of New York.

Bashar Murkus is a Palestinian playwright and director and founding ensemble member of the Khashabi Theatre in Haifa. His work has been seen in Palestine, France, Belgium, Tunisia, Ireland, Swiss the US. Murkus studied theatre at the University of Haifa, where he now teaches acting and directing.

THE SECOND ANNUAL LALA FESTIVAL WILL BE AT THE RED EYE THEATER, JULY 23-JULY 29TH 2018.

MEET THE 2017-18 MANY VOICES FELLOWS AND MENTEE